Ved Prakash from Silchar, Assam, (India) has covered a distance approximately of 7085Kms. riding Solo across Nation to make awareness against child trafficking, child safety, child education and other forms of exploitation against children. For this noble indeed he achieved the Title, Ved Prakash has been recognised by the India Book of Records for being the fastest guy to cover such a long distance, within 15 days. And now, the Asia Book of Records has also conferred him with the title of ‘Grand Master’ in its next edition shortly. During this Journey his Companion the Bajaj Pulsar 220 which help him out and earned the title tagline “The fastest Indian” Ved Prakash too. he had covered more than 200 cities and towns across the country including New Delhi, Ahmedabad, Kanyakumari, Vijaywada, and Siliguri. He also added during an interview that people prefer going abroad for such trips but he believes exploring the own country is a much better experience. Ved has also documented his entire journey on his YouTube Channel named ‘Bikerved’.

He is now plans on taking his noble cause and cover up to a total of 21 countries, continuing to spread the same Enthusiasm, awareness and raise money for kids in need!. Really a Inspiration to all the Youngsters of upcoming Generation as Well. Now We Came to know the Good News that he is Nominated for World Record ⏺️ too Best Wishes to Him, really we are Proud of You. Ved Prakash, Keep Shine and Touch the High Skyline. 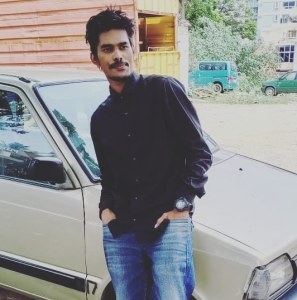 This is a text widget. The Text Widget allows you to add text or HTML to your sidebar. You can use a text widget to display text, links, images, HTML, or a combination of these. Edit them in the Widget section of the Customizer.

Largest encyclopedia on India with thousands of articles

Diary of an Aesthete

From A Garden To A City - The Prophetic Journey

We only live once. Hence, let's not stop dreaming

Yoga the journey within

It is all about discovering our inner self and sustaining a healthy life with Yoga and Pranayama.

Be positive, stay motivated, live the best of your life!

Every Town and Village

A Hermit in the Celtic & Brunonite Tradition

My hope, that you don’t just read the words; but that you would let the Words... Press, into your heart!

Inspiring others to live life on their own terms by improving mental health, increasing motivation, and sharing personal passions.